How to Properly Introduce a Guest Speaker 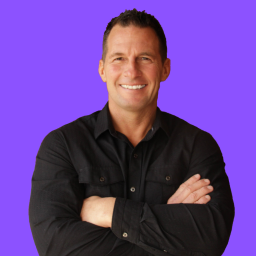 When I filmed this video it was just a thought I had in my head of something I thought was important but had NO IDEA how many people actually were interested in the topic. In fact this video has become one of the most viewed on my YouTube channel…get this…over 46,000 views!

Below is the transcript of the video….

How to Properly Introduce a Guest Speaker

Hi, Mike Healy here and this video is How to Introduce your Guest Speaker. Now this is a very big pet peeve of mine. So many people do it wrong it’s not even funny. You see, when a person comes in to speak, let’s say you have an event going on and let’s say it’s basically your turn to introduce somebody to the crowd. This is a real important thing that you have to learn to get good at due to the fact that you never want the speaker having to talk about who they are when they come up. They should not necessarily have to take the time to be a credible person when they walk up there. They should already be introduced. If you take 5-10 minutes to have to talk about yourself and what things you’ve done and how everybody reads your books, it’s not as impactful as if you have a third party doing it.

Here;s what I’ll tell you to do. Whenever I’m asked to do things, I speak at a lot of conferences and INC events and the reason I believe that they continue to invite me back is because I’ve learned how to introduce these people properly. Here’s what I would recommend. You just get a little bio on those people. Ask them a few questions before you know they’re about to come up. Okay, like if you knew you’ve got a guest speaker coming in and you’re going to introduce them or you have a small home meeting, it doesn’t matter the size. Regardless of if it’s a 10,000 person auditorium full of people or if it’s 5-10 people in a room in your house for a home meeting, you should still have a proper introduction and that really helps the speaker as well because it puts them on another platform. It just kind of encourages them to get up there and really hammer home. You have a guest speaker there in the first place to make things impactful.

Here’s what I do. I’ll typically ask them questions, a little bit about themselves or who they are and things like that and then what I’ll do is say “Hey, do you have any favorite things or anything that you’re really passionate about”, whether it’s ministry or baseball or whatever. I mean, I actually had the opportunity not to long ago to introduce in front of a lot of people Darryl Strawberry. I had the opportunity to do that and what I did was I went and I looked up his bio. I went online and got a little more information. I kind of whittled it down and I usually take about 60 seconds to do this. It doesn’t have to be long. It doesn’t have to be a 5 minute introduction. It should be about a minute or so long and basically what you’re doing is you’re just edifying that person in front of the room. Now here’s what happens if you do that properly, your crowd, everybody in the audience will then be more [unintelligible] with the information. they’ll already go “Well that’s the guy I’ve got to listen to. I’ve got to perk up. I want to pay attention”, but if you get up in front of the room and you say “Hey, we’ve got a guest tonight. This is John Smith. Hey John, go get it”. That’s not how you do it. So if you just take the time, you learn these skills and you basically just apply that one, I’m telling you it’s going to do everything differently for your meetings. People are going to step it up, especially when you are introducing people that may be, if you’re a networking leader or you’ve got a business going on, there’s nothing more exciting than to edify your people and do it properly.